About
Careers
Our Brands and Banners
Our Stations
Contact Groupe F. Dufresne draws on the talent and dedication of nearly 800 employees at its various subsidiaries. It owes its position as a solid, innovative, and diversified company to its strong team of experienced managers.

For more information on job opportunities at Groupe F. Dufresne or in one of our divisions. 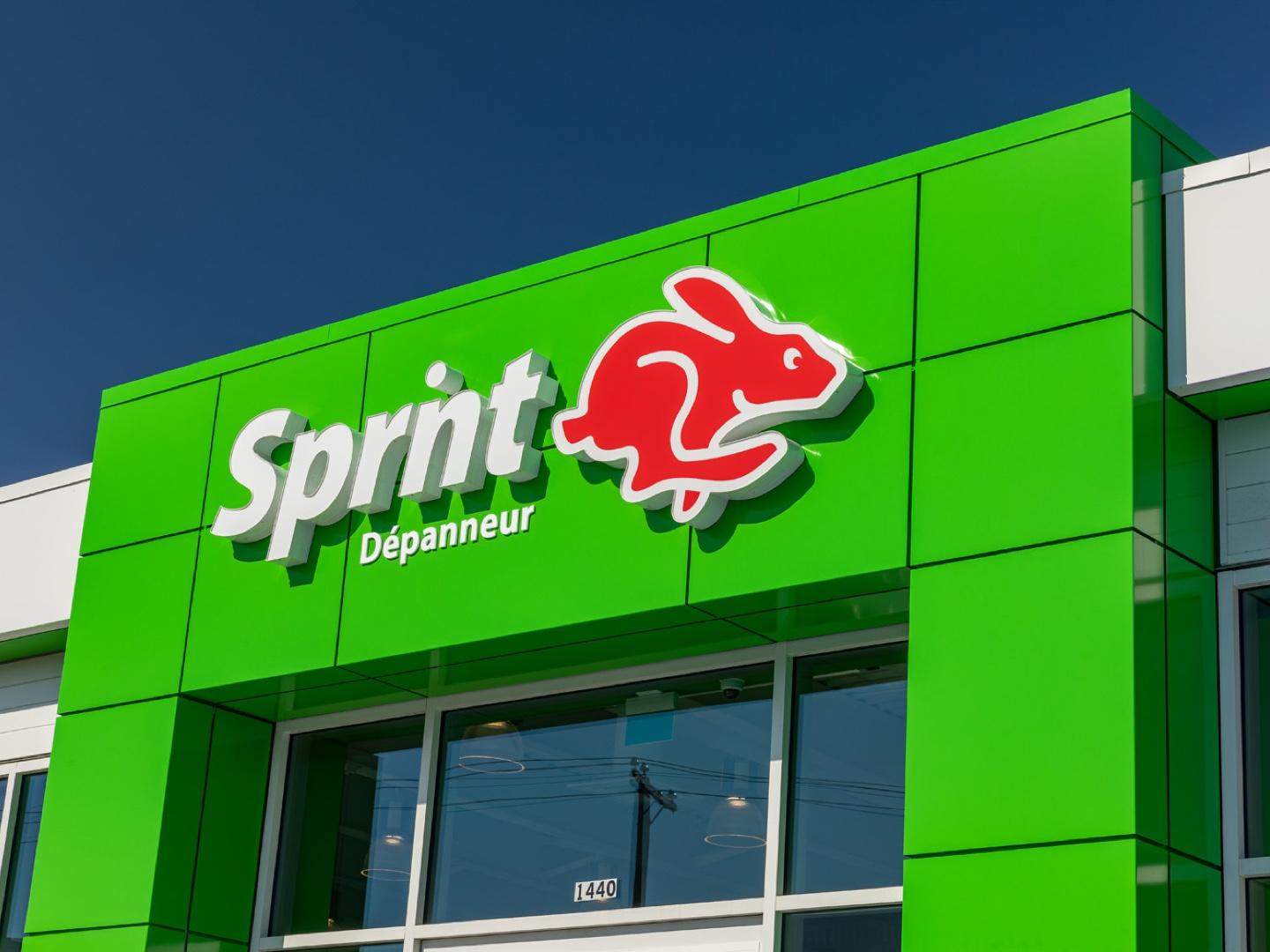 To offer every customer a stand-out experience with superior customer service. We strive for excellence in diverse and highly competitive sectors.

We are driven to innovate and have always had an entrepreneurial mindset. We are a pioneering organization, both in terms of service quality and optimized resource management. In 1950, the Dufresne family—Fernand, Carmen, and their five children Pierre, Jacques, Louise, Lina, and Josée—moved to Rue des Frênes in Quebec City’s Limoilou district. With a fledgling fuel oil business run right out of the basement, theirs was no ordinary house. Over the years, the company has prospered and become a true family affair.

The company is founded by Fernand Dufresne. It starts distributing heating oil with a small tanker truck in Quebec City’s Lower Town. The distribution area is expanded as new residential developments pop up in Sainte-Foy, Charlesbourg, and Beauport. 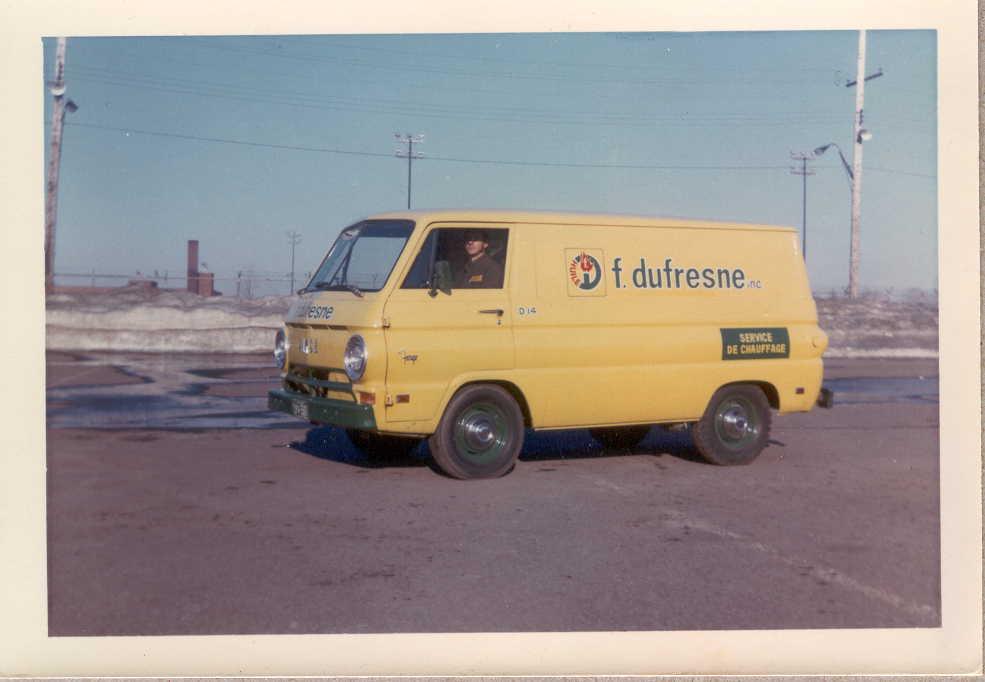 A maintenance and installation service for oil heating systems is created and the company builds a head office in Quebec City. The first EKO service station opens its doors in Loretteville, a suburb of Quebec City. The network now has ten service stations in the Quebec City area. The company partners up with a national oil company to acquire 40 services stations in the Saguenay, Lac Saint-Jean, and North Shore regions.

The MILLIPLEIN loyalty program is launched. Over 100,000 members have joined the MILLIPLEIN program. Groupe F. Dufresne wins the Vision award in the Visionary Company of the Year category.

A large-scale renovation program is launched for corporate service stations. The head office doubles in size to accommodate additional staff. A business partnership with a national oil company results in the acquisition of 25 service stations across the Gaspé Peninsula.

The company acquires a fuel distribution network of 105 service stations across the province, operating under the Sonerco and Axco banners.

Groupe F. Dufresne enters the fast food business with the Topla! chain of restaurants! It now has eight corporate restaurants and a central kitchen that supplies Topla! sauces to grocery stores across Quebec. The company acquires fuel oil and commercial diesel customers from a family business in Quebec City.

Pierre and Jacques Dufresne celebrate 50 years with the company! Launch of the Sprint brand for Groupe F. Dufresne corporate convenience stores. Over $3 million is invested to convert and renovate the group’s corporate EKO stores. The third generation of Dufresnes—Jérôme, Pierre-Olivier and Francis—takes the reins! Groupe F. Dufresne partners with Suncor to expand its network in Quebec and New Brunswick under the Petro-Canada brand. The transaction positions the Quebec City company as the largest Petro-Canada retailer and operator in the country, with 180 service stations. This brings the total number of Groupe F. Dufresne retail locations to 283. At Groupe F. Dufresne, we have the opportunity to make a difference by supporting community development organizations in our area.

Since 2011, we have been supporting Society of Saint Vincent de Paul Quebec City in its mission to fight poverty and social exclusion of disadvantaged people and families in the Quebec City and Chaudière-Appalaches regions.

“We have donated over $100,000 to Society of Saint Vincent de Paul Quebec City since 2011. That money has gone directly to helping local people in need.” Thanks to the generosity of Topla! customers, Maude went to Vietnam with her family and Thomas and his loved ones set sail on a Disney Fantasy cruise. Topla! restaurants partnered up with the Beauport Soccer Association in 2015. We are very proud to encourage our Top’ti teams to play hard and have fun! As a partner of Red Nose since 2013, Groupe F. Dufresne repays volunteers’ travel in Milliplein rewards. We encourage everyone to be careful on the road during the holidays and to take advantage of this fantastic safe ride service when needed. 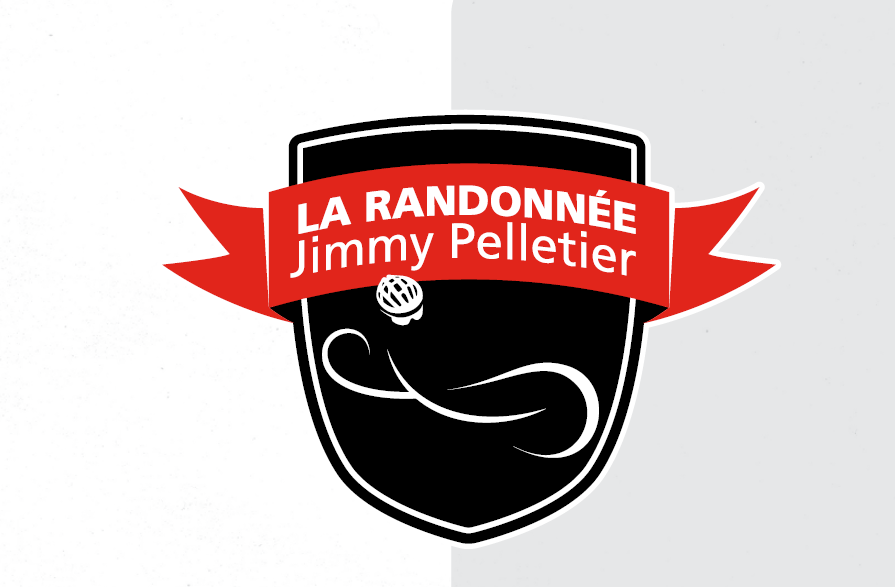 We’re only satisfied when you are. Experiencing a problem or simply want to give us feedback on our services or products? We’ll be happy to respond to you quickly. Find the nearest gas station or convenience store on an interactive map! Whether as part of the administrative team at our head office or in one of our divisions, we’re always looking for new talent to join the Groupe F. Dufresne family.

You are about to navigate to an external site. Do you wish to continue?

See our stations Continue
For the best experience, please use a modern browser such as Safari, Firefox, or Chrome.